Wood shakes and shingles are a traditional and still very popular choice for residential roofs throughout the Kansas City area. Homeowners like the rustic, natural appearance that cedar roofs give to their homes.

While wood roofing is an attractive and long lasting choice for Kansas City roofs, it is extremely important to choose a manufacturer that uses high quality wood for their shingles. The Roofing Man has many years experience with cedar shake shingle roofs and works with the finest quality manufacturers of wood shingles. We can help ensure that the wood shingles used on your home are of the utmost quality to stand up to the weather and conditions that a Kansas City roof must face. Read More

High quality composition shingles made from asphalt or fiberglass are an attractive, affordable and durable choice for Kansas City, Overland Park and Olathe roofs.

Composition shingles are available in a wide variety of styles and colors to complement the design and enhance the beauty of your home.

For Overland Park roof replacements, composition shingles are a good choice because they are low maintenance. Most brands offer Class A fire protection, which is an excellent choice to make your roof more fire resistant. Read More

Having the proverbial “roof over your head” is often something that we take for granted in the Kansas City area. But, if your home has ever had a leaky roof, you know how important it is to regularly inspect your roof and make sure that it is ready to handle any weather that Kansas City is ready to throw at it, whether that is snow in May or hail in January!

So how do you even know you need a new roof? The lifespan of your Overland Park roof depends on the materials it is made out of, the quality of the installation and the climate. If you suspect problems, or if you just want to be proactive, grab a good flashlight and head to your attic. In the attic, take a look for these signs that your Kansas City roof needs repairs or replacement: Read More

Wondering if GAF shingles are tough enough to stand up to Kansas City’s weather? Trying to pick the best roof replacement option to protect your home in Overland Park, Olathe or elsewhere in the Kansas City metro?

Check out this video from GAF to see why GAF shingles are a safe choice as they subject their Timberline® shingles to: “hurricane-force” winds and torrential downpours. They even blow ’em up! Read More

The Roof Assembly Ventilation Coalition (RAVC) has prepared a helpful brochure (click to download) about the “Top 5 Attic Ventilation Homeowner Concerns.” The brochure promotes the many benefits of attic ventilation, which is an important concern when you’re having a new roof installed on your home. Read More

In June 2013, Overland Park homeowners on 121st Terrace chose the Roofing Man to install Timberline ArmorShield II shingles from GAF on their roof, in the Barkwood color. Read More

The Roofing Man, Inc is a Registered Roofing Contractor in Kansas (Certificate #13-115289)

A new Kansas law took effect in July 2013 which requires roofing contractors to register annually with the attorney general’s office before they can be paid for their work. The new law was enacted this year by legislators and is designed to protect consumers.

The law says that roofing contractors must obtain an annual certificate from the attorney general’s office to solicit business or collect fees for residential or commercial jobs. Read More

One of the things that Overland Park homeowners Sarah & Colin Humphrey liked about their home when they bought it in 2007 was that it had a brand new, “50-year” roof. They wanted a home that would be safe and sound for their growing family that wouldn’t require a lot of maintenance or additional costs.

Flash forward to Spring 2009, and a typical Kansas City hail storm did its worst to their roof. In addition to damaging the composite shingles on their Overland Park roof, their window screens were dented, one window was broken, the gutters were knocked low and the backyard swing set and wood fence were dented and marred by hail.

Of course, roof hail damage is hard to see on a composite roof if you aren’t trained in what to look for, and especially if you’re just looking from ground level. They assumed their Overland Park roof was just fine, especially since they were told by the Realtor that it was a “50-year” roof. That is, of course, until they noticed all their neighbors were getting new roofs installed. Read More

Severe storms in the Kansas City area caused power outages, damaged trees and wind damage roofs across the Kansas City metro area last night (May 19, 2013). Over 50,000 Kansas City area residents lost power from KCPL and I know some still had no power this morning, which makes for a tough Monday morning getting the kids off and getting into work on time.

We hope that your family stayed safe and that the storms didn’t impact anyone’s high school graduation parties or other weekend events too badly. I know that we were happy to get our kid’s soccer games in early in the day so that we were home safe when the storms hit. However, those 60+ mile per hour wind gusts were quite dramatic when they came through our neighborhood and we were happy that we’d recently had some dead limbs trimmed out of our trees. We were glued to the news watching the storm path and were glad the damage wasn’t as bad as it could have been in the Kansas City area.

How to Identify Roof Hail Damage

Fortunately, hail damage doesn’t typically cause actual holes in your roof after a big Kansas City thunderstorm. From the ground, you probably won’t even notice hail damage on your roof. Read More 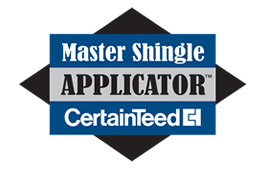